What is a Model UN

This simulation gives young people from all over the world an important opportunity to comprehend the life and work of international organizations and to provide a platform for international-level discussions among students from different countries. Participants have a real opportunity to demonstrate their political and international knowledge and communication skills openly. Taking the role of a delegate of a chosen foreign country, they have the task of negotiating and discussing the official position of that country so as to defend their national interests regarding international issues. In order to do this, participants are required to demonstrate their profound knowledge of issues under discussion, the official position of the member country, as well as the procedural regulations, which are utilized in the real UN mechanism of negotiation.

The city of Rome is at the forefront of European and global diplomacy, hosting some of the most important international organizations, such as the Food and Agriculture Organization (FAO), the International Fund for Agriculture and Development (IFAD), and the World Food Programme (WFP). Its historical role as a promoter of dialogue among peoples lends an additional value to this unique experience. 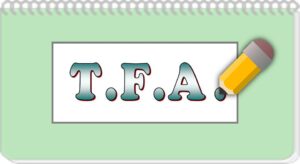